Types of Termites in South Florida

Types of Termites in South Florida 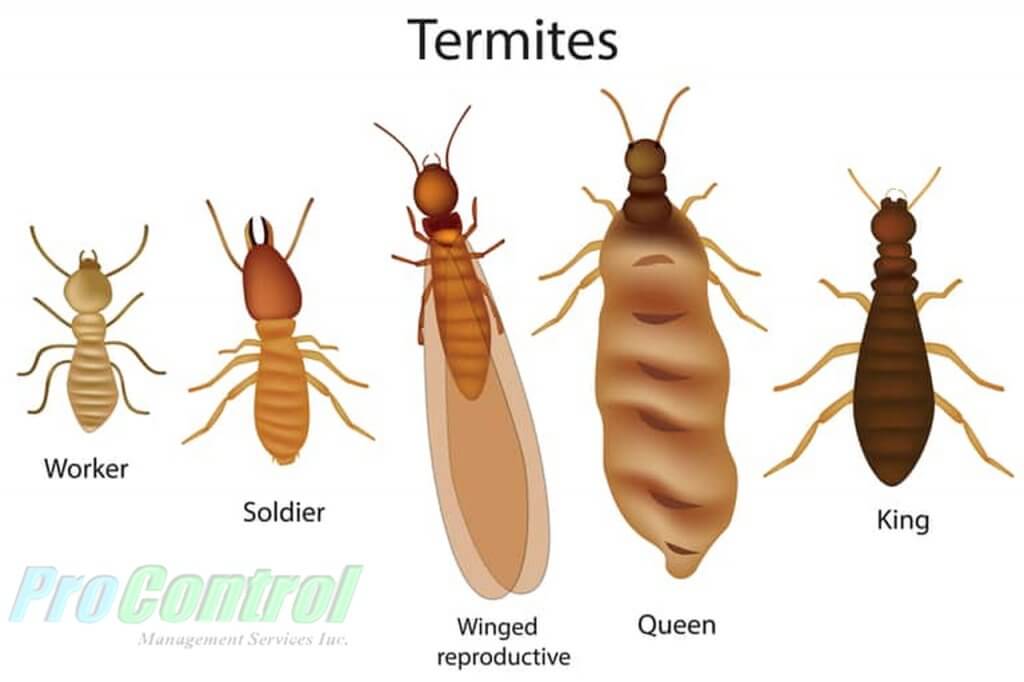 Termites are also considered the most destructive insect pests in the world. Many buildings and constructions are very much damaged by these wood-boring insects. They are causing tremendous financial losses. They form colonies and divide into four castes each having distinct morphological specificities:

The literal translation from Latin of the termite name means adult insects with equal wings. Termites are an exceptionally old group of animals. These insects, although resemble ants to a certain extent, are close relatives of cockroaches. Today, we can find as much as 3200 different species of termites.

The elements of the environment that have an influence on the insect’s physiology are:

What Is The Difference Between Lower And Higher Termites?

The lower thermites feed mainly on wood. Wood is a material that is very difficult to digest, so termites prefer fungal wood that is easier to digest. The advantage of fungal wood is also the large amount of protein contained in fungi.

In the diet of higher termites, there are different kinds of products including:

Subterranean termites live in the ground and move up into the woods where they feed. They belong to the genus Reticulitermes. All sexual adult termite have a black thorax. In the absence of an adult, the conditions of observation can help to find the genus.

They tend to eat soft, moist wood and do not attack wood that they cannot reach without getting out in the open. But once inside a house, they can also feed on paper and cardboard, and even textiles when they are of plant origin.

Colonies of subterranean termites number several tens of thousands of individuals. They are much larger than those of the Kalotermes. These colonies are subterranean and can extend down to several feet deep. They are invisible to a random observer. These common types of termites are discreet and do not come out in the light. But they are the ones that cause the most damage in dwellings. They only gnaw at wood indoors. An attacked tree stump is not distinguishable from a healthy one.

A typical Formosan termite is about half an inch long with wings. They are hungrier than other termite species and feed on wood in all its forms, even decayed. Every wooden structure on your property is thus a potential food source for this type of termite.

On top of that, their colony is very populated. They can be now counted in the tens of millions. There are no hours to feed: these termites are looking for food day and night non-stop. We’ve got to feed everyone! If there’s any good news, it’s that some of them digest and regurgitate the burnt wood. What they discard then serves as food for the rest of the colony.

Formosan termites are able to distinguish daylight. It is all they need to know for their safety. By staying in the dark, they protect themselves from danger and we are less likely to spot them.

They take shelter in intricate tunnels that they build with mud. This allows them to move around your home safely. But man is far from being the only danger for these termites. There are many other insects such as ants and spiders that are predators for this type of termite.

They are also able to maintain a humid, ambient temperature, which is all they like. These termites are smart and know how to make themselves comfortable.

They also build mud tunnels to move through different wooden structures. This shelter is well designed to keep moisture in. This way, they can survive in all comfort and safety in any outdoor atmosphere.

When degradation is very advanced, one can see a simple pressure exerted on the hollowed-out pieces of wood. The outward appearance of the wood is often preserved. Degraded wood has a laminated appearance.

The Danger of Hybrid Termites

In Florida, university researchers have discovered a disturbing phenomenon. The Formosan Subterranean termites and the Asian Subterranean termites have intersected. And the outcome is very alarming. These mutants develop much faster and in greater numbers. It is thus conceivable that the colony will cause more damage to your property.

Their hybridization gives rise to a superior insect with astonishing capacities. These scientists noticed their underground presence in South Florida. They observed that Asian males prefer Formosa females rather than their own. It is perhaps a matter of better performing pheromones.

Be careful not to confuse the underground termite with the dry wood termite. The latter mainly attacks dead trees and plants but one can also find it in buildings. The main difference lies in the fact that the dry wood termite is not in contact with the ground. Its nest is also found in dry wood. The presence of wormwood is also a good diagnostic element of this termite species.

In the United States, dry wood termites in Florida, i.e. in a warm climate. Wooden constructions are also popular there, which explains the attraction of these insects.

Dry wood termites are also divided into different castes. The queen finds a good place to establish her colony. Then, she chooses a male partner and begins to lay eggs. Once hatched, the new members become active worker termites. They eat wood and in turn take care of their family circle.

As termites grow old, workers are often becoming soldiers. Their new role is to protect the rest of the colony. Sometimes they reproduce at the same time, in which case they will grow wings.

This type of termite feeds on cellulose. This material is always found in wood, paper, and various plants. At first glance, one might think that they are like other species: simple wood-eaters. But dry wood termites differ in one important way. They eat through the grain. This destroys both the growth of softwood in spring and hardwood in summer.

Another difference is their preference for softwood over hard surfaces. The tunnels of dry wood termites are so large and widespread that they can cause a building or tree to collapse.

Damp-wood termites, also known as Neoterms, are present in tropical climates. They have spread to urban areas in South Florida. The most frequent termite infestation is now recorded in:

The length of the development cycle of termites depends on the temperature and size of the colony population. In the initial period of colony development, the queen lays from 10 to 20 eggs per day. But over time their number increases to as many as 40000 eggs per day.

With the increased production of eggs, the female’s mobility decreases. The size of the queen’s body increases. It can increase the length and width of her body up to several times the value of the mating day. The male body size also increases. The king and queen of termites mate with each other throughout their several decades of life.